Accept an invitation to the club, which is a sought-after cultural monument and which has kept its unique spirit throughout its existence. Have a drink in the traditional Saxophone Bar, which offers a variety of drinks including beer tapped into a golden saxophone.

The oldest continuously operated jazz and theatre club in the world A revolutionary music and theater scene and a cultural monument. And above all, a place where you will have an unforgettable musical experience amongst fantastic musicians, presidents, and other top public figures.

Since its foundation in 1957, the club has been the main home of jazz throughout the Czech Republic. But it did not achieve real world renown until after the Velvet Revolution, under the auspices of Pragokoncert Bohemia, a leading art agency, which made one of the three oldest Central European clubs world-class and introduced the club to an international audience and the art community.

In 2016, according to The Guardian newspaper, Club Reduta was one of the top ten jazz places in Europe and ranked it among the elite clubs of its kind anywhere. It gradually became more than a building, it is a term and a part of history, a cultural monument mentioned in professional publications and shown in foreign films.

The club is located in the heart of Prague, a few steps from the National Theater, Old Town Square and Wenceslas Square. Service is provided by trained staff, and of course there is the possibility to book VIP seats where Václav Havel and Bill Clinton once sat. The Saxophone Bar, effectively separated from the main hall, is a great place to relax. In addition to luxury wines, including the delicious Cuvée Reduta, the helpful bartenders will offer a beer from a saxophone, a sweet aperitif or a special Reduta cocktail, all for guest comfort and enjoyment.

After the lights go out, the hall is immersed in intimate darkness and all the senses are fixed on the musician whose tones, thanks to the system of resonance bars, sound out of this world and let you forget about time, fatigue and stress. 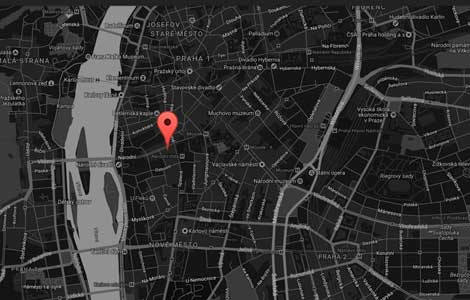